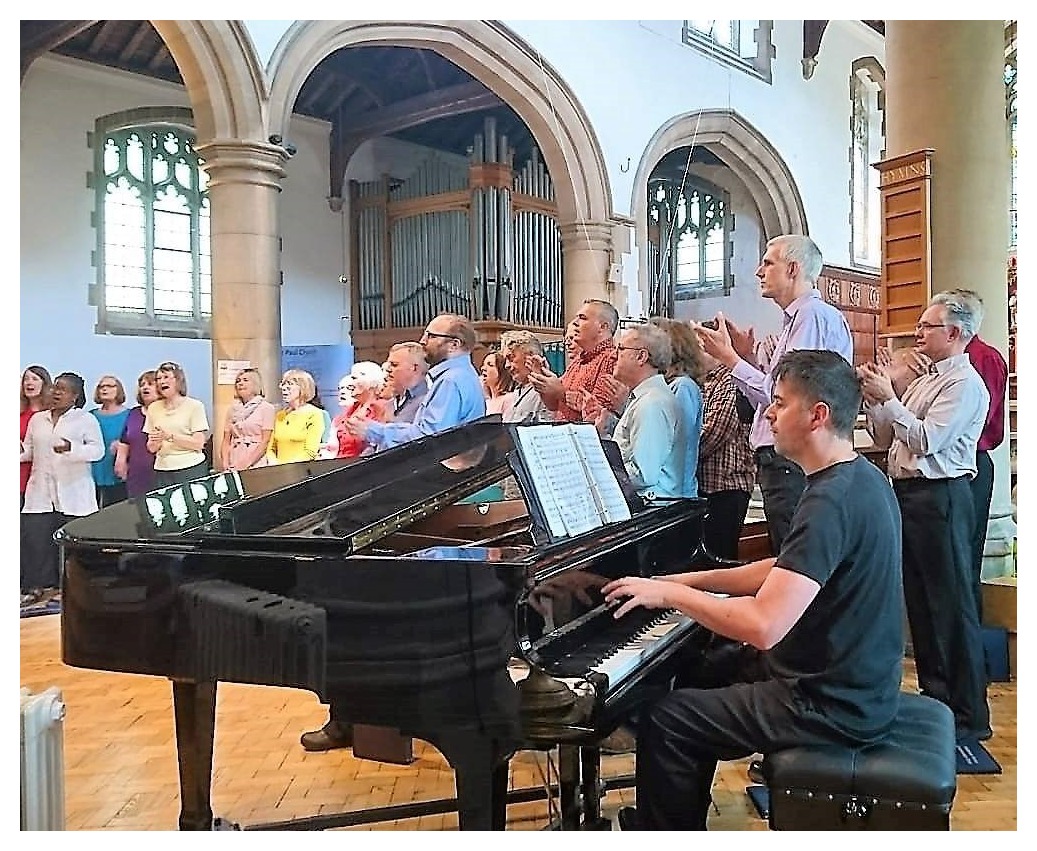 Michael has been the accompanist for the choir since 2010.

He obtained his music degree from the London College of Music in the early 90s and has worked as a gigging musician for over 20 years.

Alongside his work as a piano teacher and accompanist to the choir, Michael is also the MD for two other local societies.

For the last 10 years he has been Musical Director for CAOS (College Operatic Society) working on all Christmas shows and the society’s Summer shows at the Kenneth More Theatre including Sound of Music, Into the Woods, Fiddler on the Roof and Show Boat.

He is also the Musical director for WOADS, (Woodford Operatic and Dramatic Society) who put on an annual Pantomime every January at Sir James Hawkey Hall (Oh, yes he has). The society’s 2020 show Rapunzel was a district winner of the ‘It’s Behind You Award’ for Best Pantomime in the London Region presented by NODA (National Operatic and Dramatic Association).

Mike also composes both small and large scale works and at the Choir’s summer concert in 2019 he performed his own composition Prelude in D. A recording can be heard here.